The dream-like universe which Monica Rohan builds in her exhibition Backdrops is set against blue skies and Australian gum-trees. Brightly patterned fabrics billow poetically in the wind, but among them hands and feet often reveal themselves to be floating or untethered.

Evoking a more familiar reality, a few paintings in the exhibition depict moments like curling up in the loungeroom under a blanket, hanging out wet sheets to dry, jumping on a bed in new blue shoes. It’s precisely this feeling of the intimate and domestic that renders the uncanny moments more jolting. You are lulled into a sense of security by the Missoni-esque blanket on the turquoise couch in Guarded, 2022, before realising that the obstructed body hanging up the washing in Way forward, 2022, has hands but not feet, defying gravity. In If I can help it, 2022, the draped fabric pulled back by a concealed figure bizarrely meets the leafy Australian bush as though the two have been collaged onto one another, signalling a portal or a glitch. The collision of separate interfaces creates slippage between the real and surreal.

Rohan’s title concept of Backdrops conjures the staged and theatrical, moving these playful paintings further towards the imaginary. The pattern on pattern of tablecloths, picnic rugs, op-shop dresses and doona covers clash in colourful crescendos. Hovering between the genres of landscape, portraiture, and abstraction, the series holds a kinetic energy, stirred by rising wind, the jostling of colours, a gesturing hand or dancing foot. In Drag it out, 2022, the autumn leaves on the ground and the vibrant yellow swathes falling from above bleed together, becoming a seamless study of difference and repetition. An orange sleeved arm curls through the centre of the fabric, as if to break the fourth wall.

The overwhelming nature of the fabric, so engulfing and excessive is reminiscent of tangled sheets during a fever dream or a head stuck in worry. Sometimes bodiless, always faceless, the figure in the series seems to coax or invite the viewer into the painting’s ambiguous atmosphere, which hints at our collective anxieties. The complexity of the human presence which is revealed and concealed in the stark landscape triggers ideas of the climate crisis and uncertainty around our shared futures, questioning our place within nature. Across the exhibition, the figures’ arms continuously try to grasp something that appears just out of reach, mirroring the unsettling emptiness of something you can’t quite catch.

- Emma Nixon.
Curious about the tender intersections between art, life and friendships, Emma Nixon is a curator and writer. In 2018 she co-founded Cathedral Cabinet ARI in the Nicholas Building and in 2021 she completed her Honours in Fine Art (Curatorial Stream). She is currently a Gallery Assistant at Monash University Museum of Art and Haydens. 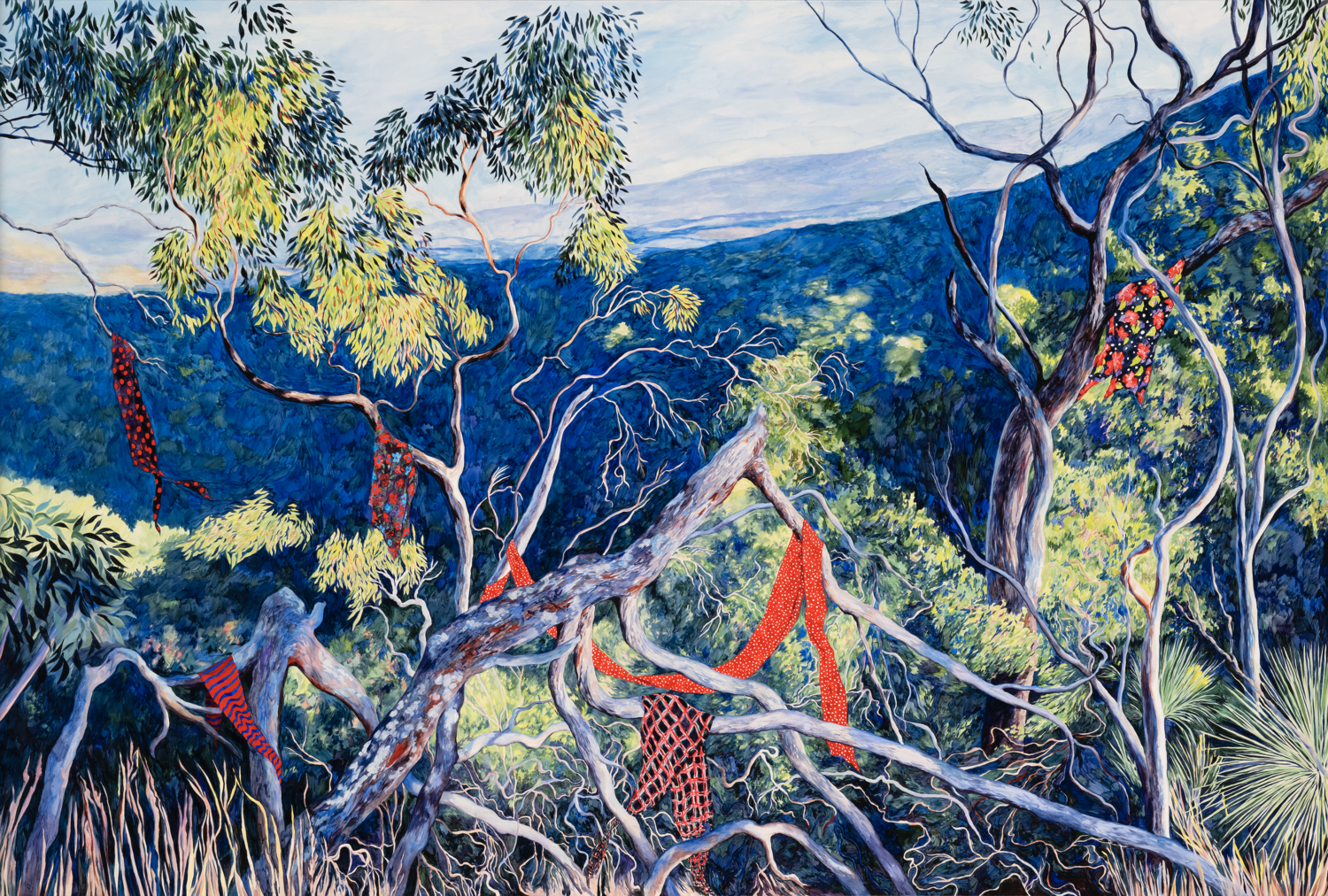 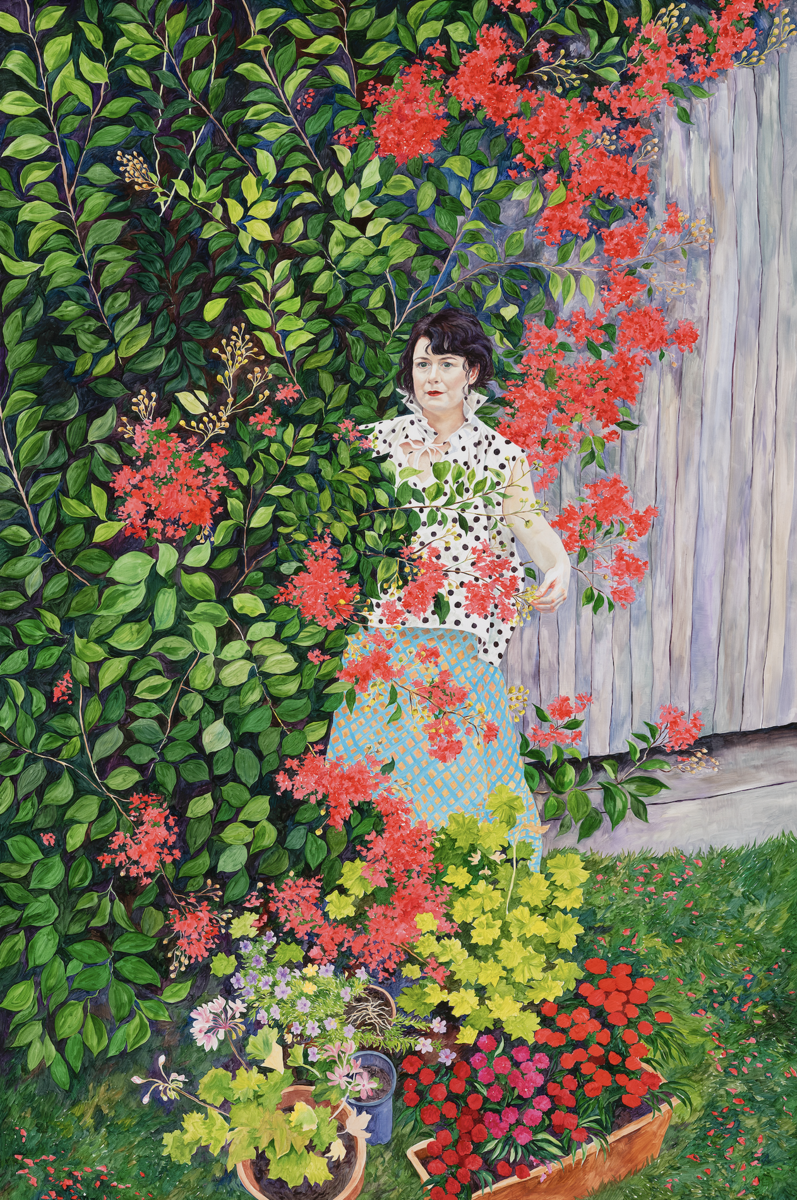 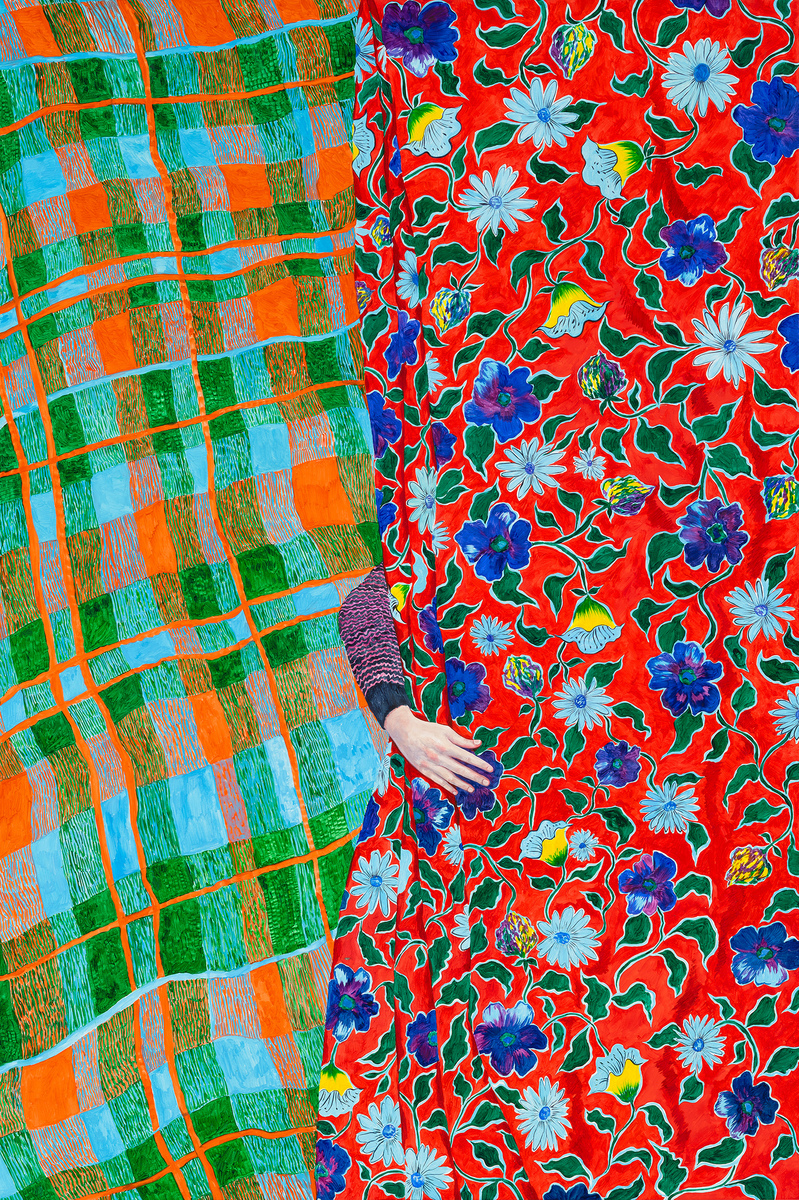 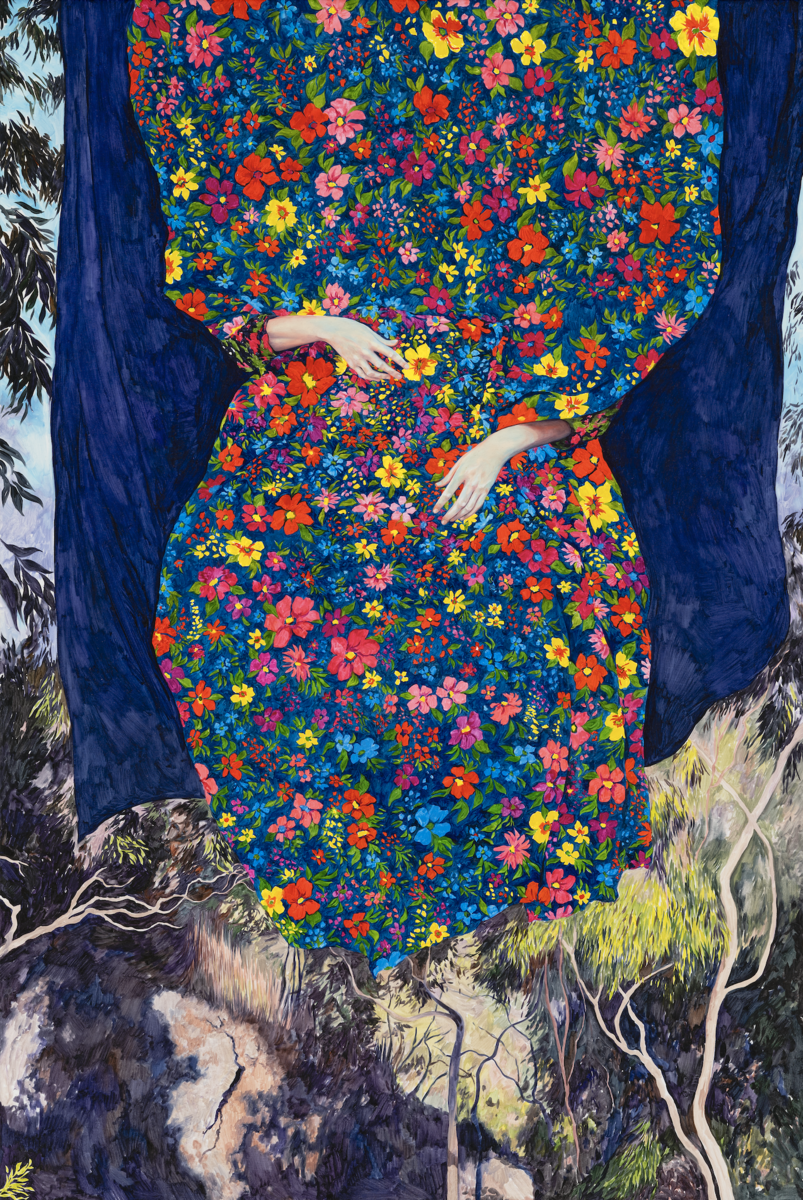 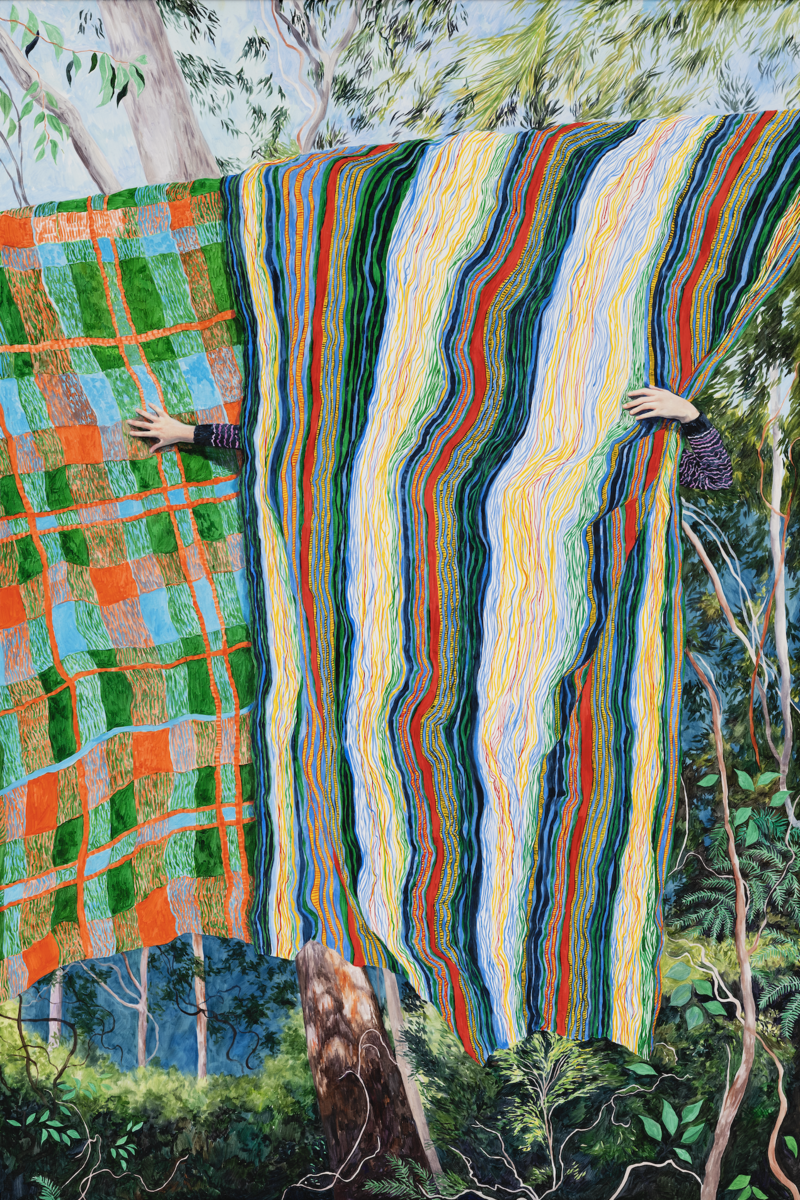 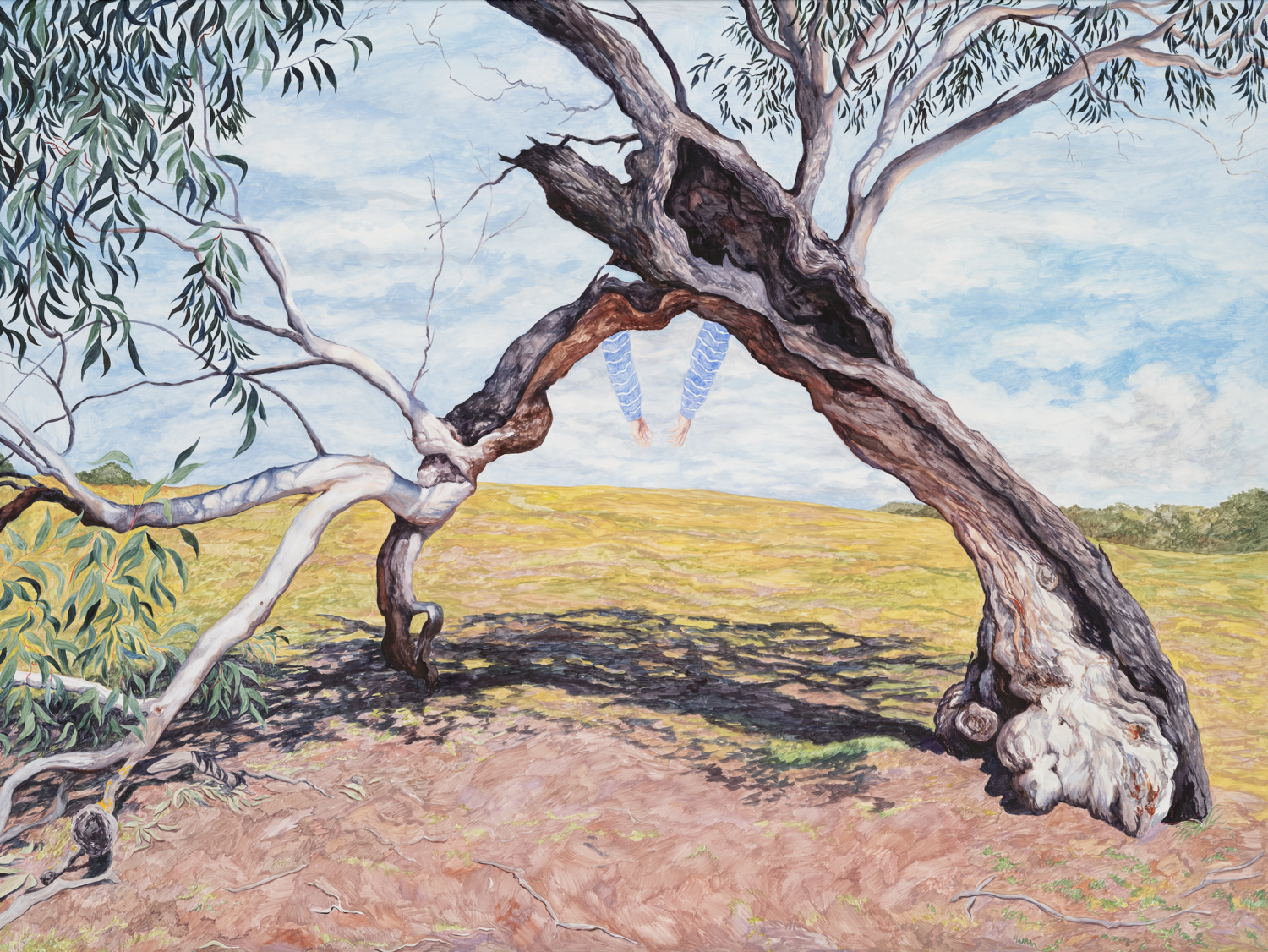 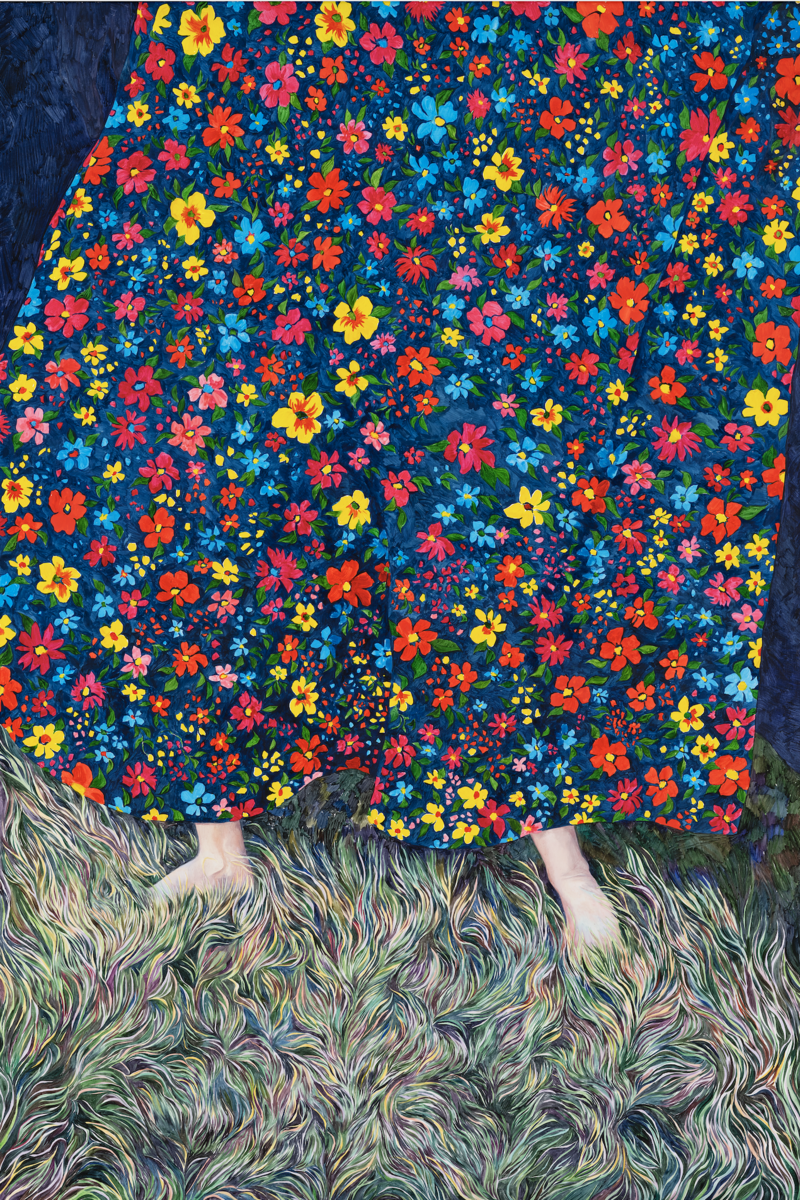 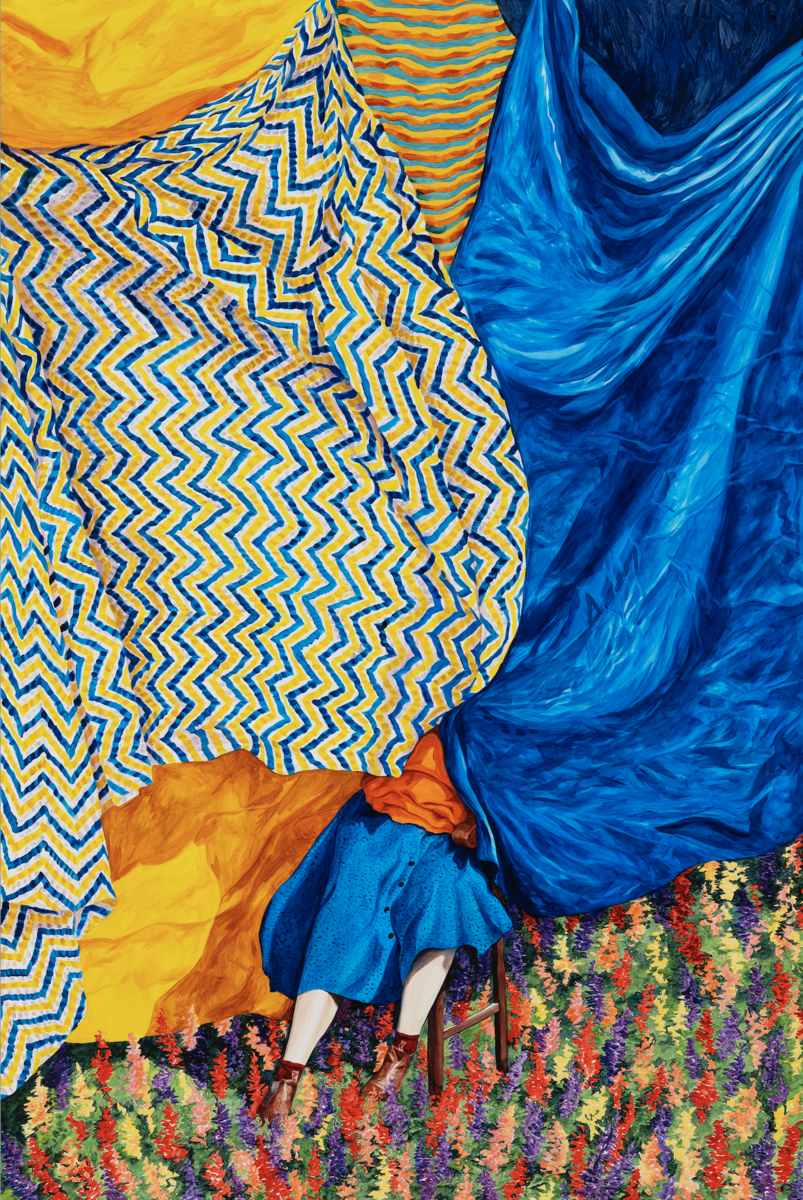 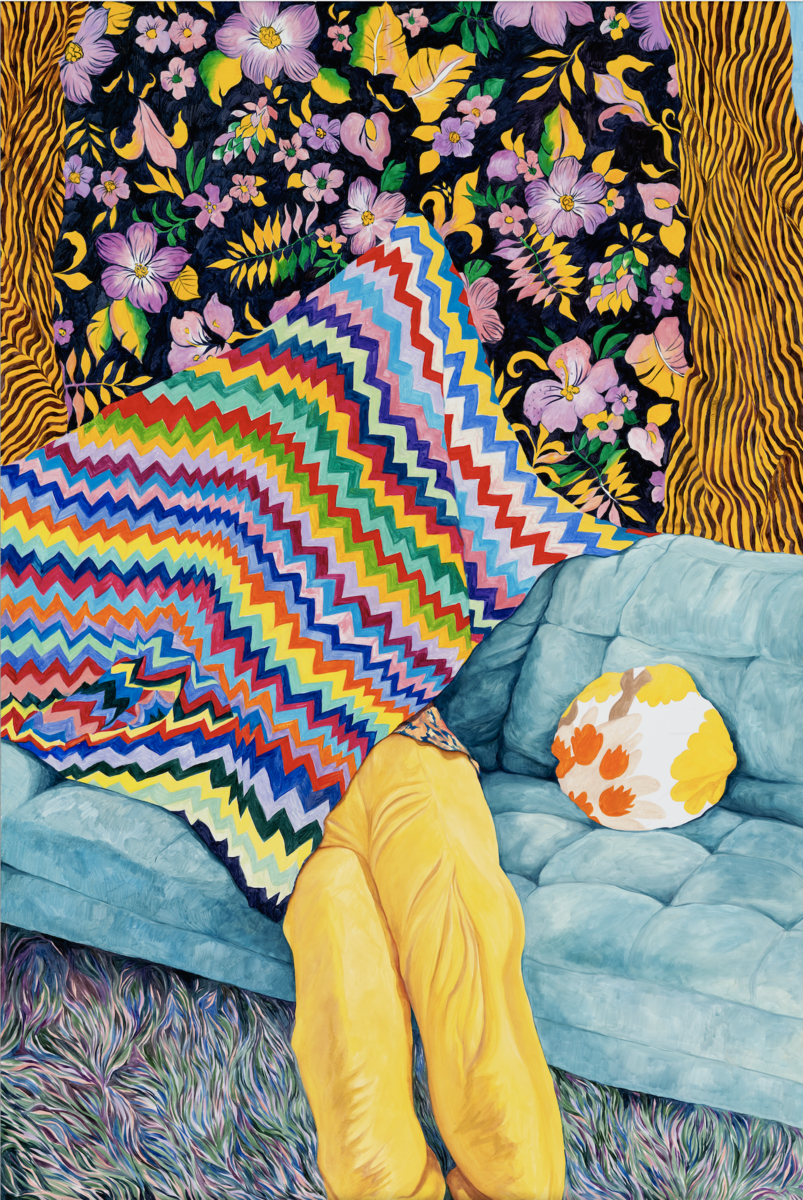 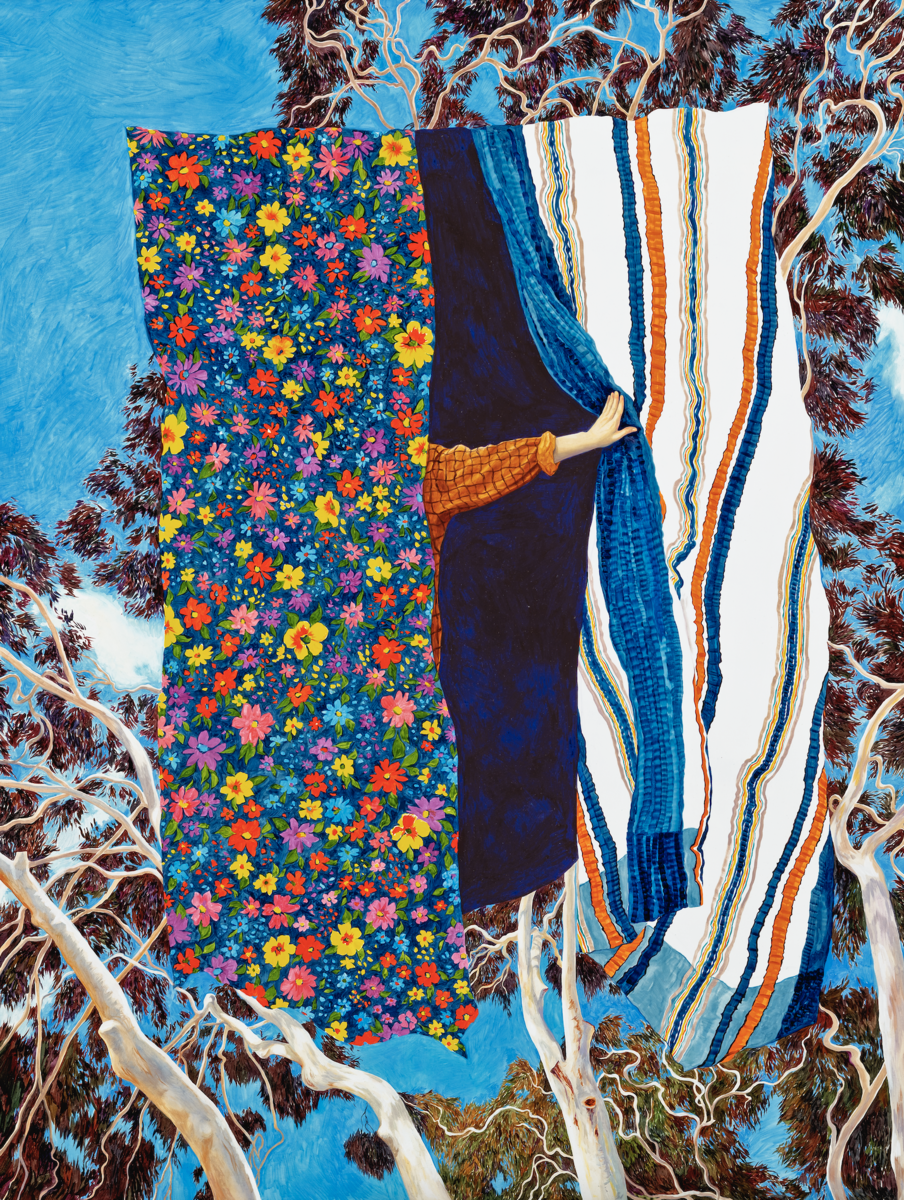 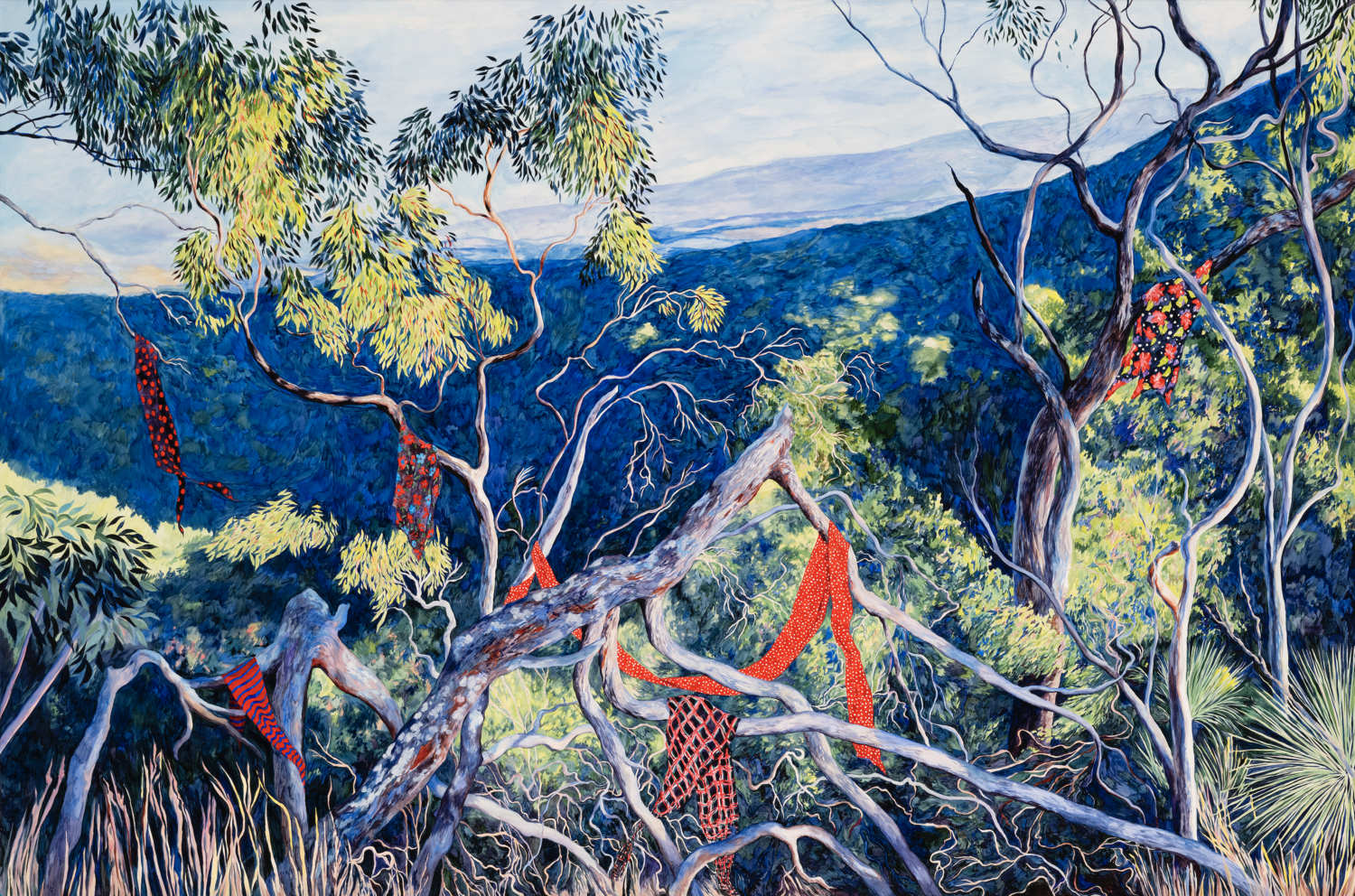 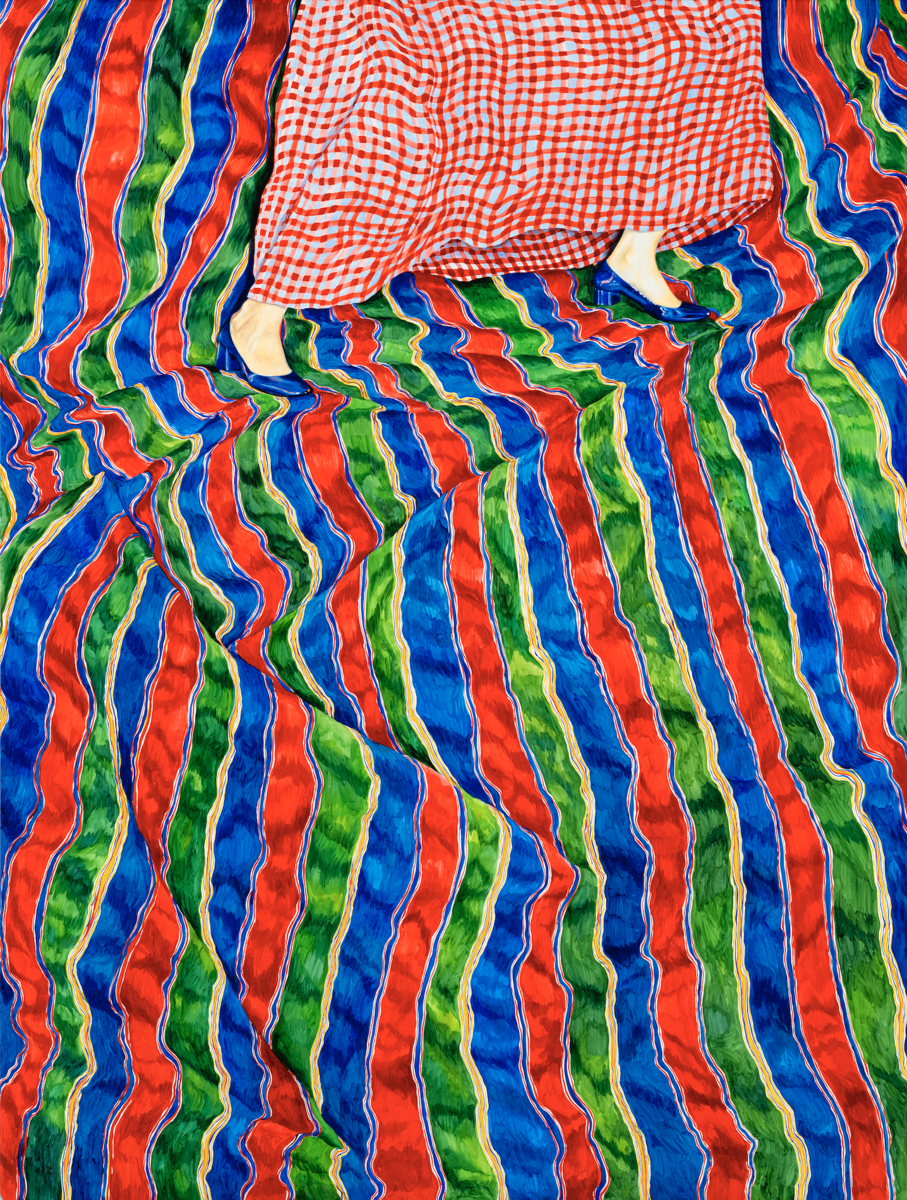 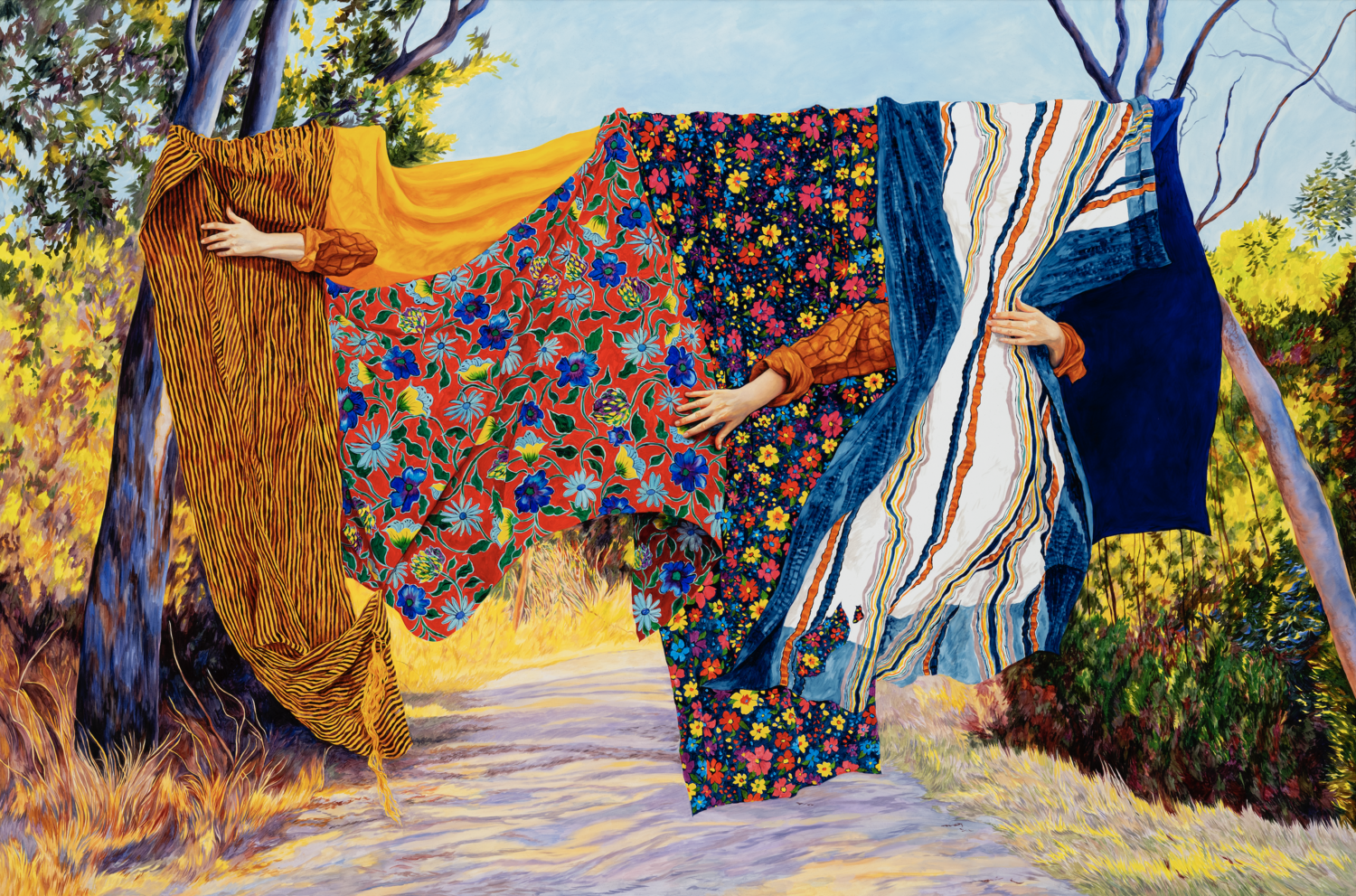 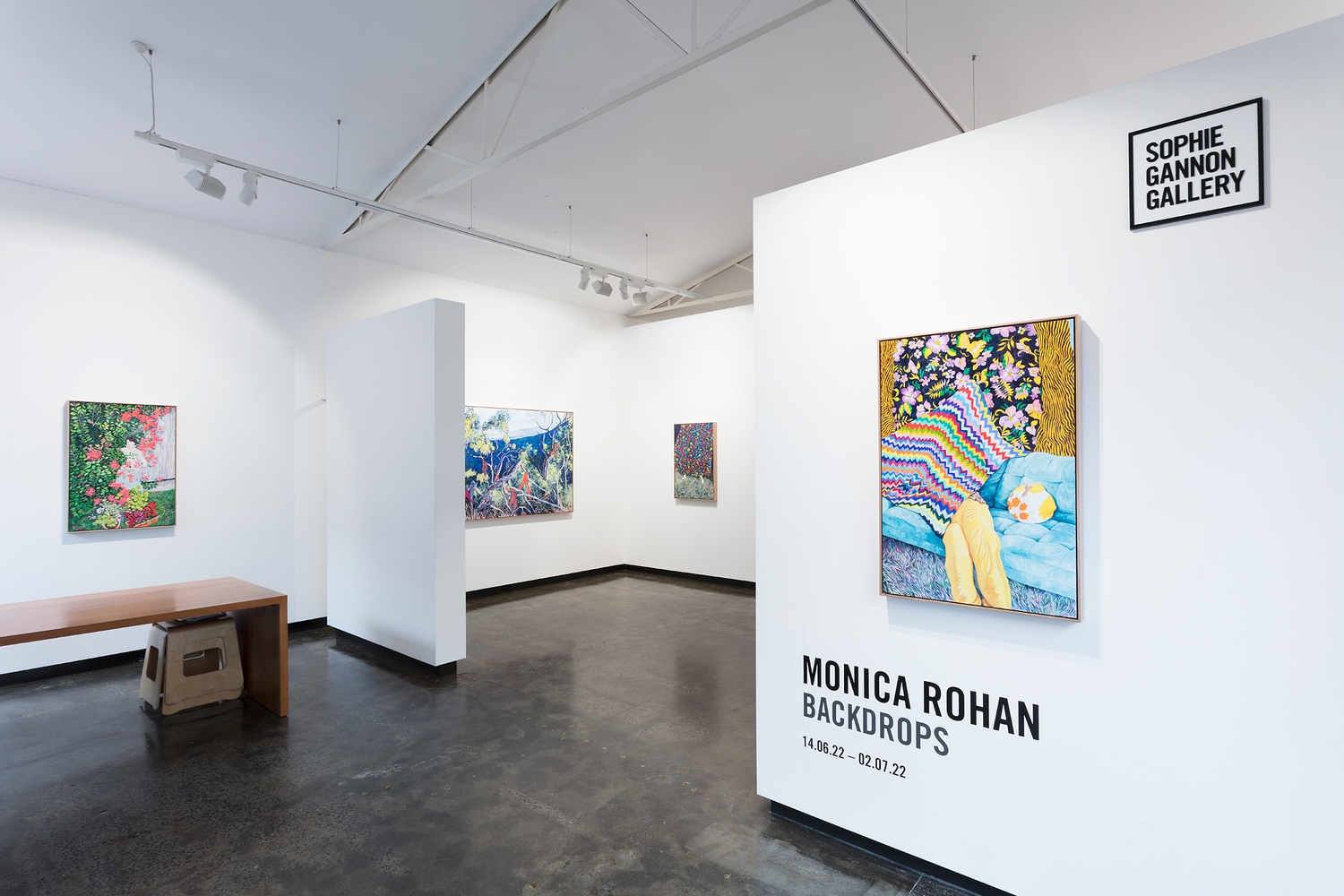 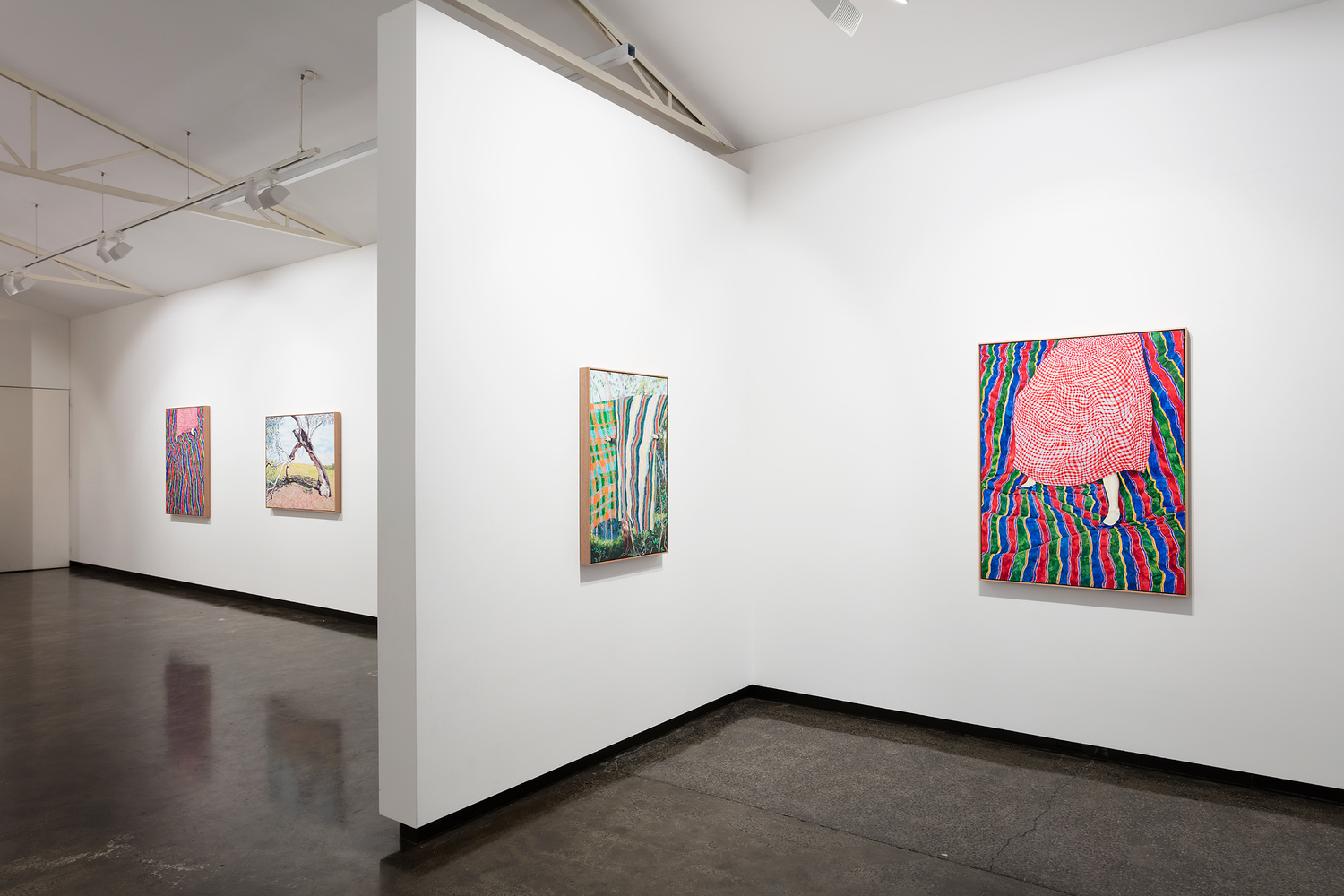 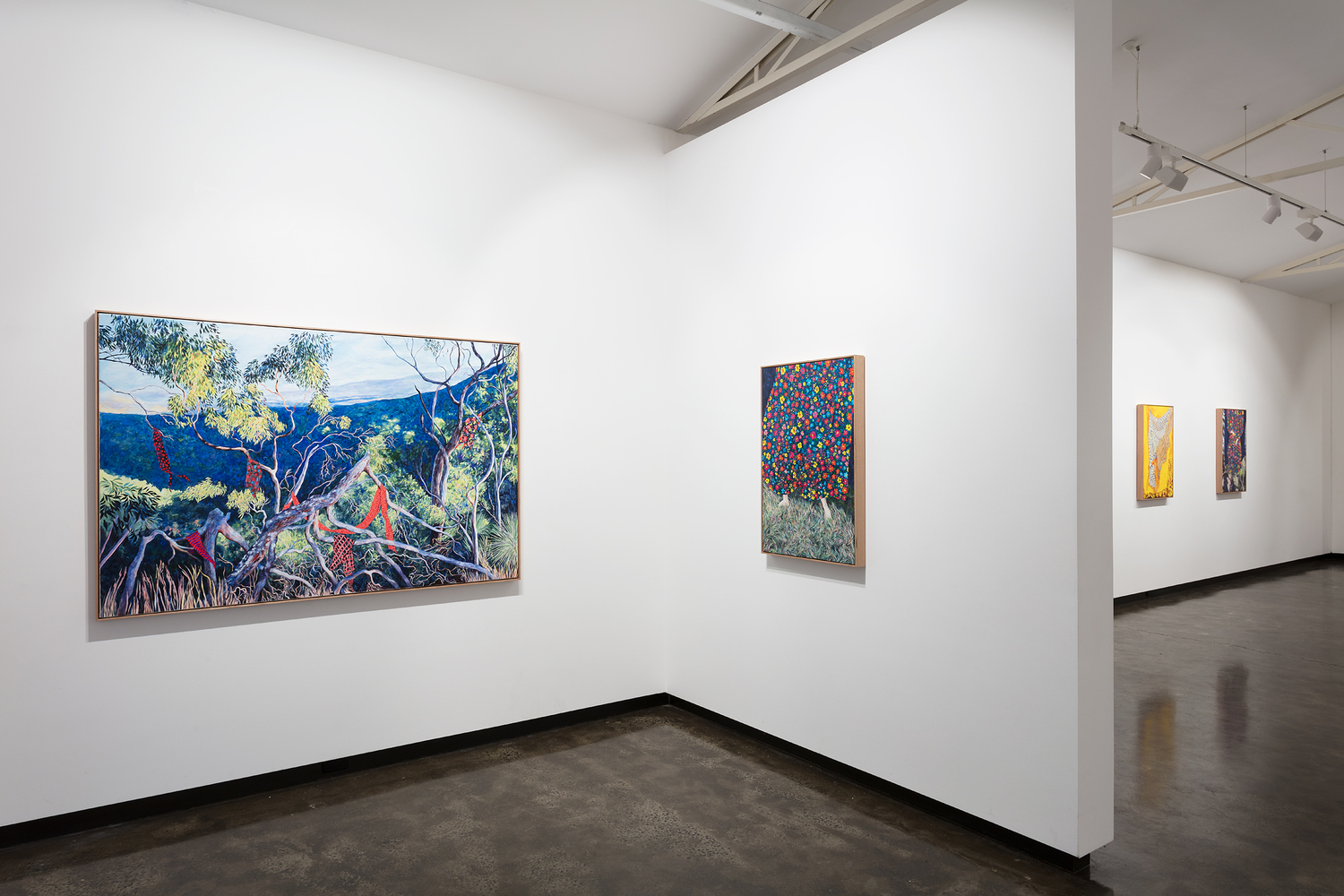 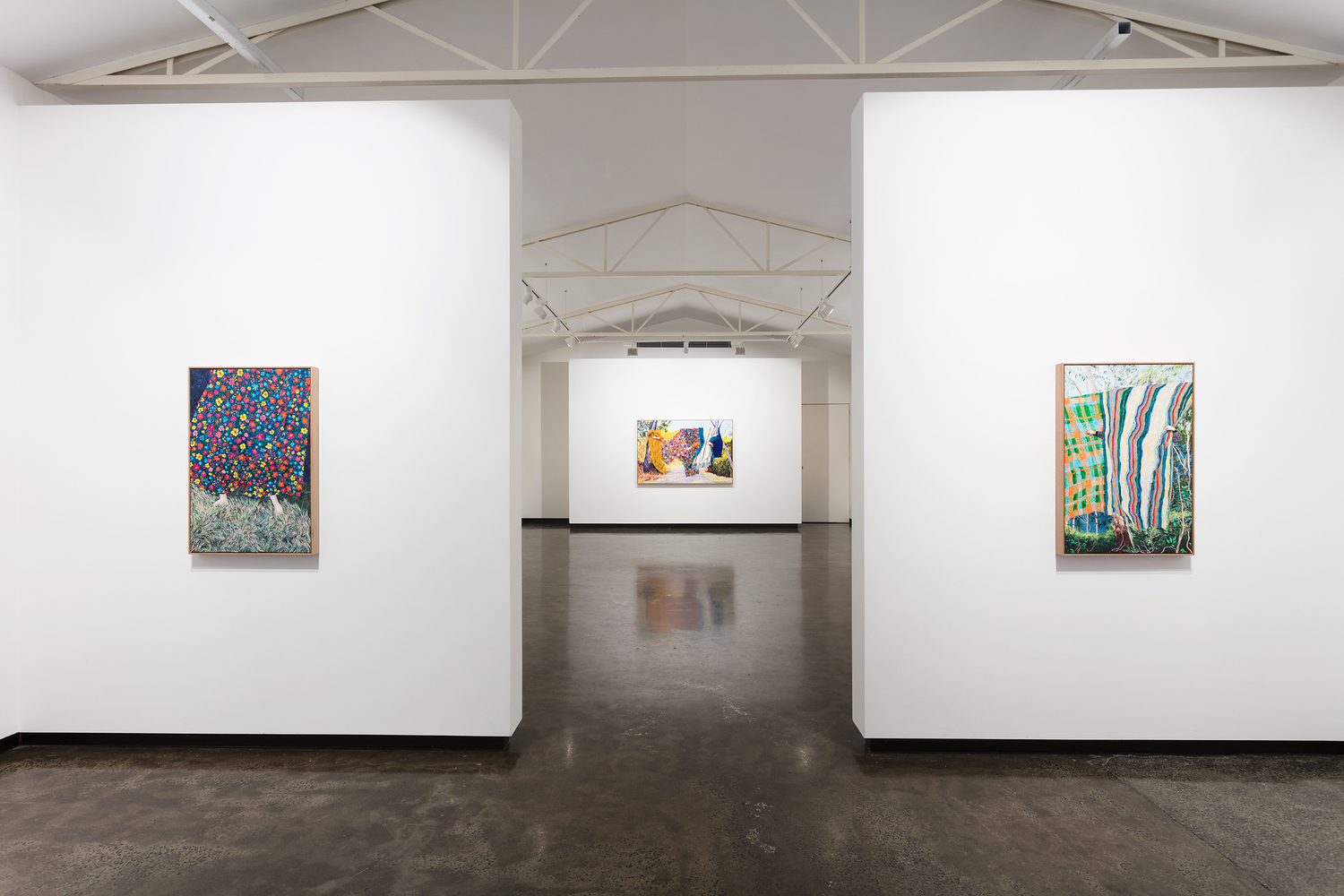 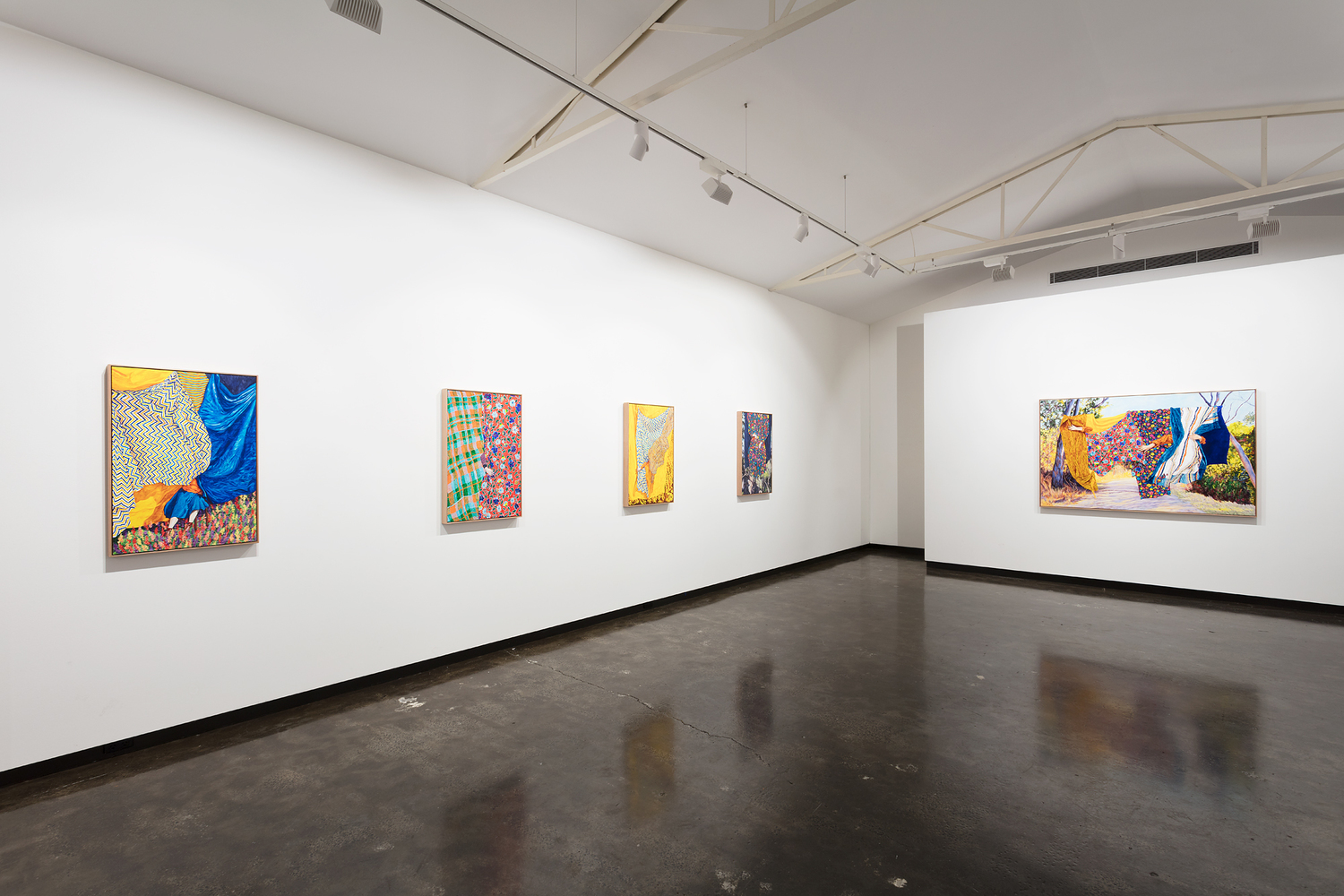 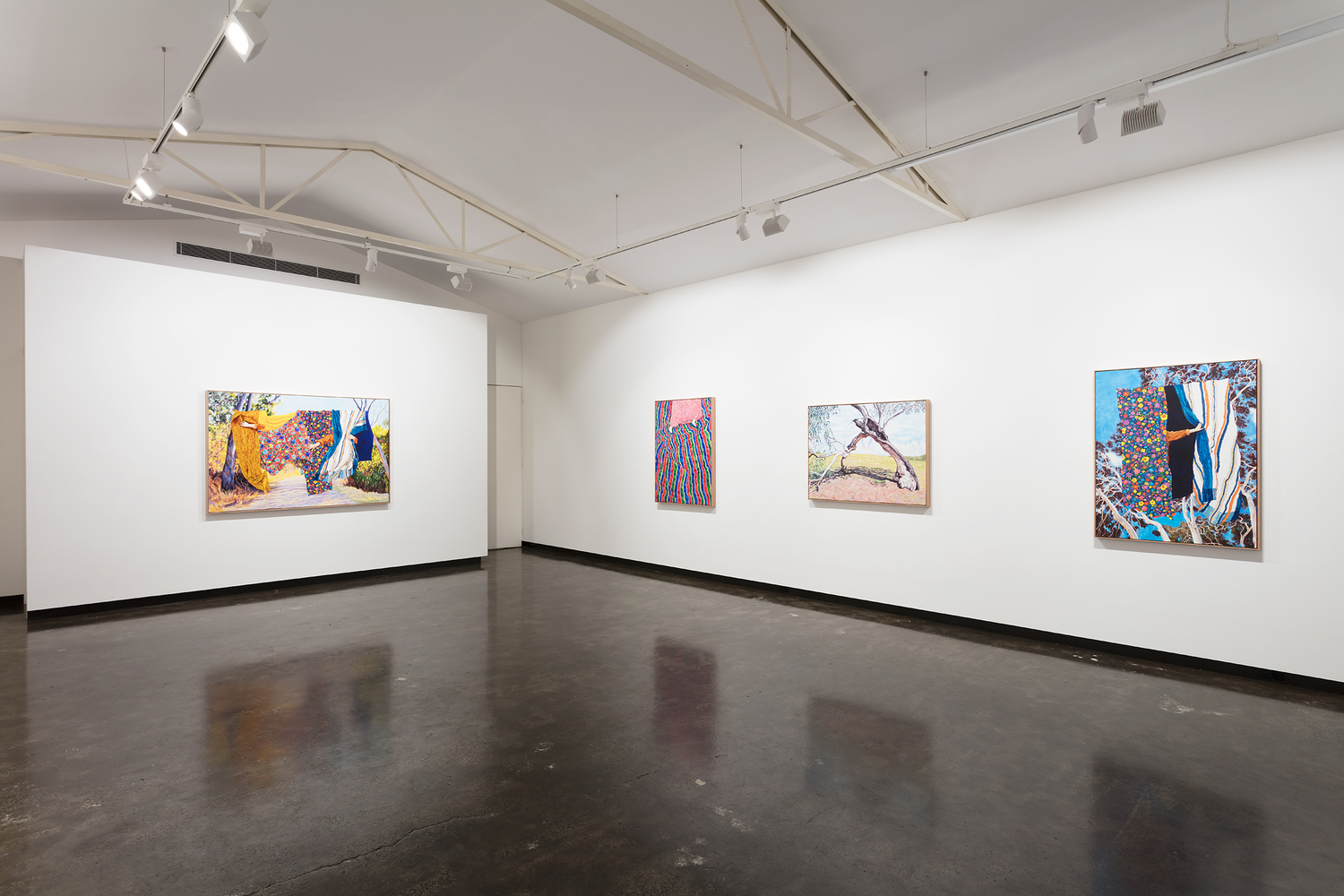 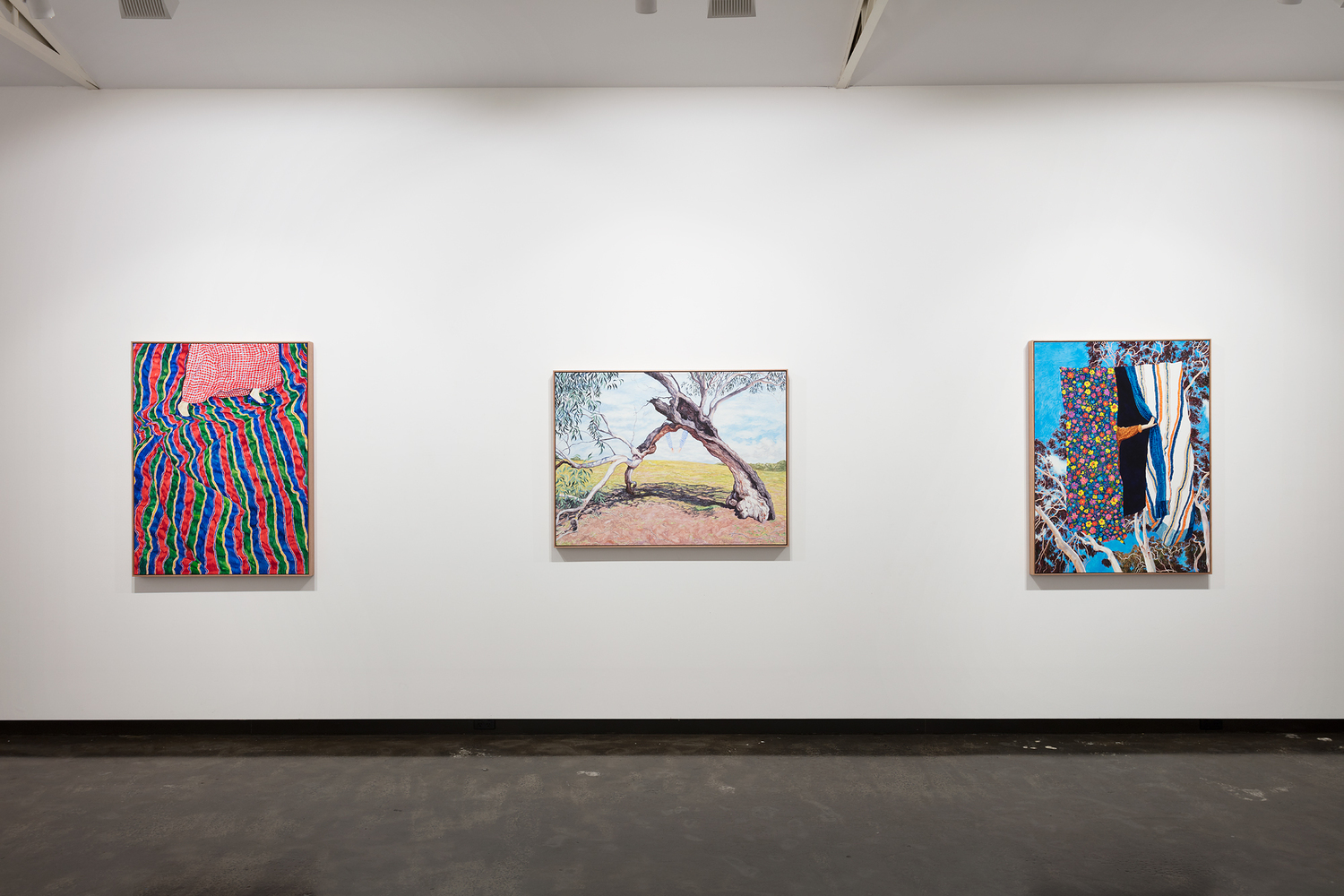 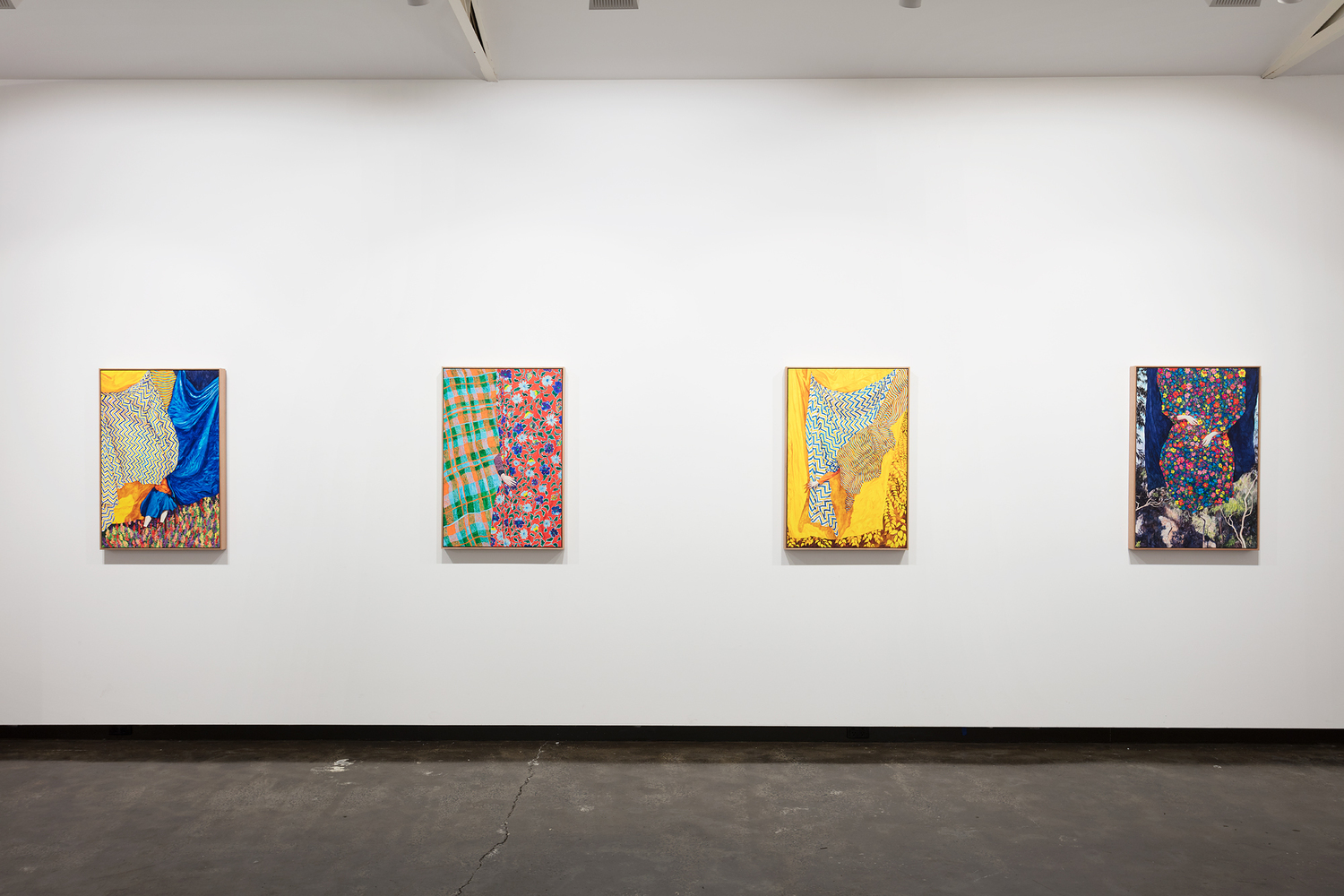